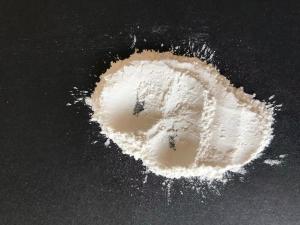 Tebuconazole is a trazole fungicide. It is taken up by plants and transported within tissues. It is used as a seed dressing, which works effectively against various smut and bunt diseases of cereals.

Application
Tebuconazole is a fungicide for the control of smuts, bunt, seed rots and seedling blights on barley, oats and wheat as a seed treatment and for the control of Fusarium Head Blight on wheat as a post-emergent treatment.Triazole fungicide, with protective, curative, and eradicant action. Rapidly absorbed into the vegetative parts of the plant, with translocation principally acropetally.Target crops Wheat, rice, peanuts, vegetables, bananas, apples, pears, corn, sorghum, oilseed rape.Uses As a seed dressing, tebuconazole is effective against various smut and bunt diseases of cereals such as Tilletia spp., Ustilago spp., and Urocystis spp., also against Septoria nodorum (seed-borne), at 1-3 g/dt seed; andSphacelotheca reiliana in maize, at 7.5 g/dt seed.

Thank you! Your message has been sent to the following suppliers.